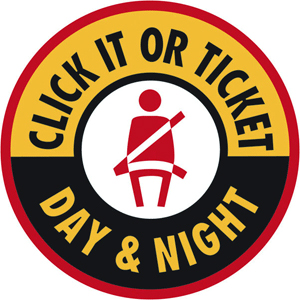 The NHTSA supported “Click It or Ticket” campaign takes place around Memorial Day each year.

This nationwide mobilization focuses paid media and law enforcement on the awareness and enforcement of the state’s seat belt laws. This includes adult seat belt as well as child occupant protection enforcement.

Statistics show that the proper usage of seat belts and child restraints help prevent serious injury and/or death during a traffic crash.

Alabama maintains a seat belt usage rate above 90%. This shows the vast majority are making the easiest, and logical, decision to use their seat belt.

There are many factors one may choose to not wear their seat belt. The best reasons to change your mind about not buckling up, is to show you the numbers.