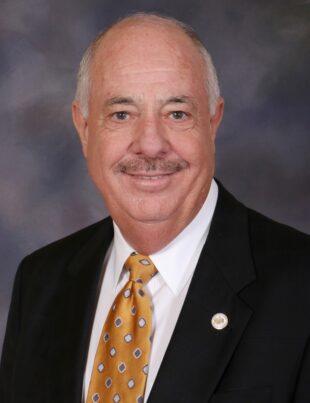 Governor Kay Ivey appointed Boswell as director of the Alabama Department of Economic and Community Affairs in May 2017 and asked him to put his skills and knowledge to work in her administration’s mission to move Alabama forward.

As ADECA Director, Boswell serves in the Governor’s Cabinet, oversees a staff of 150 and manages an annual budget of more than $165 million. The agency has the broad responsibility of guiding dozens of grant programs with the purpose of creating jobs, strengthening the state’s economy, and improving the lives and welfare of its residents. Under Boswell’s direction, ADECA has taken on multiple new roles including broadband and the 2020 Census.

Boswell was serving his fourth full term as mayor of Enterprise when he was selected to lead ADECA. Prior to becoming mayor in 2003, he served as a member of the Enterprise City Council, having been elected to that post in 2000.

During his 14 years as Enterprise mayor, Boswell worked hard to build on the Wiregrass city’s solid foundation of growth and prosperity, earning a positive reputation as one of Alabama’s most aggressive mayors. The city saw steady growth during Boswell’s tenure with a strong focus on economic development. Boswell and his team attracted many new companies to the city creating thousands of jobs in the automotive, aerospace, technical and retail industries.

Enterprise also became an attractive destination for families with a population increase of 31 percent during Boswell’s time as mayor, according to the U.S. Census Bureau. The city also was named as one of the “Best Alabama Towns to Live in” by a top internet research company.

The city saw many improvements under Boswell’s leadership, including a new civic center, repaved streets, a wastewater treatment system conversion, water system upgrades and new parks. Boswell led Enterprise through a tragic time in 2007 when the city and its residents suffered the consequences of an F4 tornado. For his leadership, Boswell received the prestigious Phoenix Award for Public Service After a Disaster at the White House.

Boswell has always sought to lend his skills and experience to help local leaders improve their communities. In 2004, he became a Certified Municipal Official and in 2006 received an Advanced Municipal Official designation by the Alabama League of Municipalities.  In 2013, he graduated from Leadership Alabama, which brings leaders from across the state together to help move Alabama and its communities forward.

Prior to serving as mayor, Boswell had a longtime career as owner of Boswell Insurance Agency Inc. Boswell and his wife, the former Melinda K. Modlin, have been married for more than 40 years and are the proud parents of a daughter, Alane Boswell Williams, and the proud grandparents of Gavin and Avery Kate.